Ants are a common pest across the world, most commonly known for invading properties in search of sweet food and sugar. The black garden ant, or Lasius Niger (the most common species in the UK) tends to adhere to this behaviour. Worker ants will leave the nest in order to scavenge for food, leaving a pheromone trail as an indicator for other colony members. These pests will commonly wander into both residential and commercial properties if food sources are left out, quickly leading to an infestation. Other ant species seen as pests in the UK include the Rodgers Ant, or Hypopnoera Punctaissima, and the Pharaoh Ant (Monomorium pharaonic). These ants tend to stick to areas rich in soil and plant matter, and warm buildings respectively.

Essex and Suffolk are particularly prone to ant infestation in seaside areas due to the ready availability of sweet food sources, however, inland buildings are not immune to infestation. Ants will willingly reside near, and enter both residential and commercial properties providing them with any form of food or shelter.

Though it is sometimes possible to deal with an ant infestation using DIY methods, the best option for treatment, particularly in the case of larger infestations, is to contact a pest control professional. This will allow for the creation and implementation of a tailored plan, resulting in the safe and effective removal of ants from the affected property.

We’ve 34 years experience in pest control and provide free surveys for Crawling insect pest control, removal, clearance and prevention. And we’re available 7 days a week for advice and help. We really do know what we’re doing; you can trust us to get it right.

Garden Ants usually nest outdoors in lawns, flower beds, beneath paving flags and at the base of walls. Premises are usually invaded by worker ants foraging for food, especially sweet foods. The trail of worker ants can be followed to the nest and if the nest can be exposed, and it is safe to do so, the nest can be treated with insecticide.

Ant infestations can be a source of major annoyance in a property, and may deter business or visitors. Signs of ant activity are often relatively clear. The following are indicators of a potential ant problem;

If any of these signs seem familiar, it is important to combat the issue as soon as possible in order to prevent further infestation. East Anglian pest control are specialists in ant and crawling insect control, and able to devise specialised solutions for a wide variety of properties and infestation issues. Get in contact now to arrange a consultation.

Our BPCA and TEC certified technicians have years of experience in devising and employing effective ant and crawling insect control treatments.

East Anglia Pest Control will offer an initial consultation and inspection of the affected property, before proceeding with a solution tailored to your requirements. In the case of ants in particular, these solutions often include the use of professional grade residual insecticides, or bait, which will be transported by worker ants back to the colony in most cases, slowly eradicating the colony over a period of days or weeks. Preventative measures may also be employed to ensure ants do not return to the property following treatment. This may include deep cleaning with bleach or disinfectant in order to ensure the removal of all remaining pheromones or scent trails. All of these measures will adhere strictly to health and safety regulation.

A professional service is often the most effective, and safe way in which to deal with an ant infestation, and the sooner the issue is dealt with, the better. Don’t hesitate – get in contact with us today.

East Anglian Pest Control has over 34 years of experience in the pest solution industry. We like to keep our clients up to date with pest information. Below are our latest articles related to biting pest control. 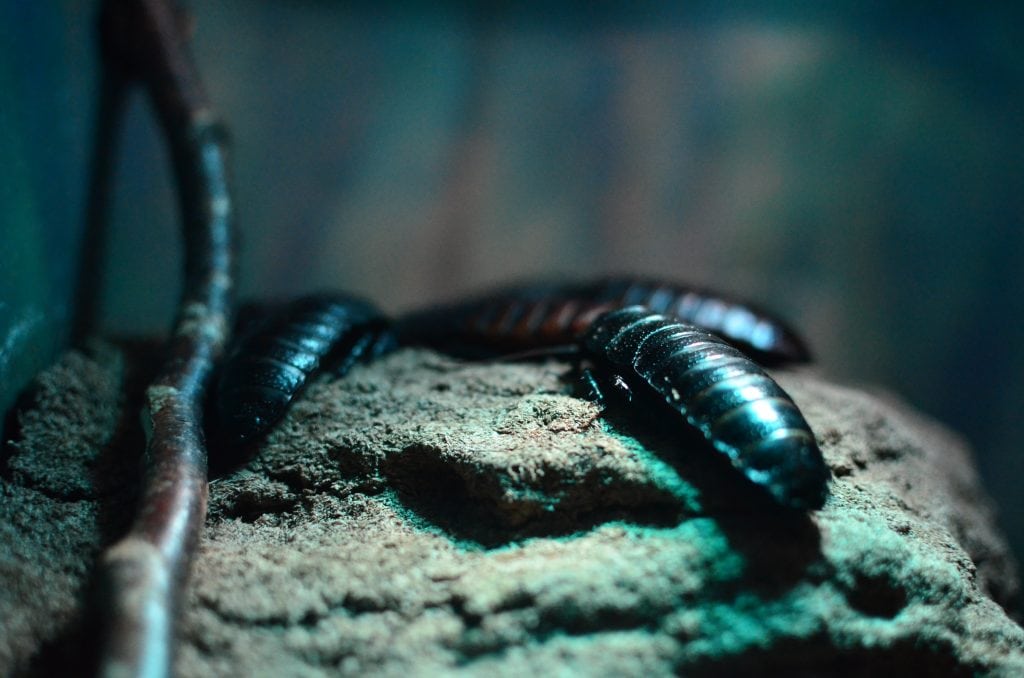 Cockroaches are hearty pests that can be found successfully living in urban, suburban, and rural environments.

Like most pests, ants are attracted by the easily accessed food sources – particularly anything sugary, or that smells sweet. They are also known to feed on pet food of any kind. If a worker ant outside of the nest discovers a source of food, it will alert other colony members through the leaving a particularly strong trail of pheromones. Other workers will often abandon their own searches in order to follow this trail directly to the food source. This can lead to an infestation relatively quickly, especially if there are many food sources, or food available frequently in a property.

Ants are also attracted to water, but will not go out of their way to nest near a source without a promise of food nearby.

What are the signs of an ant infestation?

Ant infestations can be a source of major annoyance in a property, and the signs of them are often relatively clear. The following are indicators of a potential ant problem;

Ant nests near or outside of the property. It is rare for ants to build indoors, however, nests are commonly built in the vicinity of properties or food sources. If there are high numbers of ants congregating on cracks in walls, or around small dirt piles on the ground, it is likely that there is an ant nest nearby.

Ants in exposed food. Ants have exceptional senses of smell, and with workers being known to travel 100 meters away from the colony to seek food, nothing left exposed within or around the property is safe. In the case of an infestation, ants can often be found on any potential food source left out for even a short period of time.

Stray ants. As mentioned previously, worker ants will scout spaces for food sources, and so, can commonly be seen wandering alone, or in small groups, in contrast to the typical image of ants travelling in a trail. If there are stray ants in a property, there are likely many more nearby.

How do I get rid of ants?

One of the best DIY methods to remove ants from a property is baiting. Lure ants into the property with sweet baits such as honey or jam, allowing them to return to the nest a few times, in order to establish a pattern. This will most likely increase the number of ants present in the property, which may be alarming, but will allow for more poison bait to be carried back to the nest once the bait is switched to poison. When this poison is brought back to the colony, it will be distributed between colony members, and will, in theory, eliminate the nest within a few days or weeks.

If a noticeable number of ants are still present on the property after employing this method, it may be worth experimenting with a different bait, or using insecticide, especially if the location of the nest is known. Alternatively, a professional pest controller can be hired. This will be particularly helpful in the case of larger infestations. Specialists like East Anglia Pest Control will evaluate the issue, and employ a safe and effective solution accordingly.

After ants have been removed from a property, it is important to thoroughly clean any affected areas to remove pheromone trails. This can be done using cloths soaked in bleach or disinfectant – water alone will not be effective.

Why are there just a few ‘random’ ants in my property?

Stray ants present in or around a property are most likely worker ants on the hunt for food. As mentioned previously, worker ants will scout spaces for food sources, and so, can commonly be seen wandering alone, or in small groups, in contrast to the typical image of ants travelling in a trail. If there are stray ants in a property, there are likely many more nearby.

Free Quote
We use cookies on our website to give you the most relevant experience by remembering your preferences and repeat visits. By clicking “Accept All”, you consent to the use of ALL the cookies. However, you may visit "Cookie Settings" to provide a controlled consent.
Cookie SettingsAccept All
Manage consent