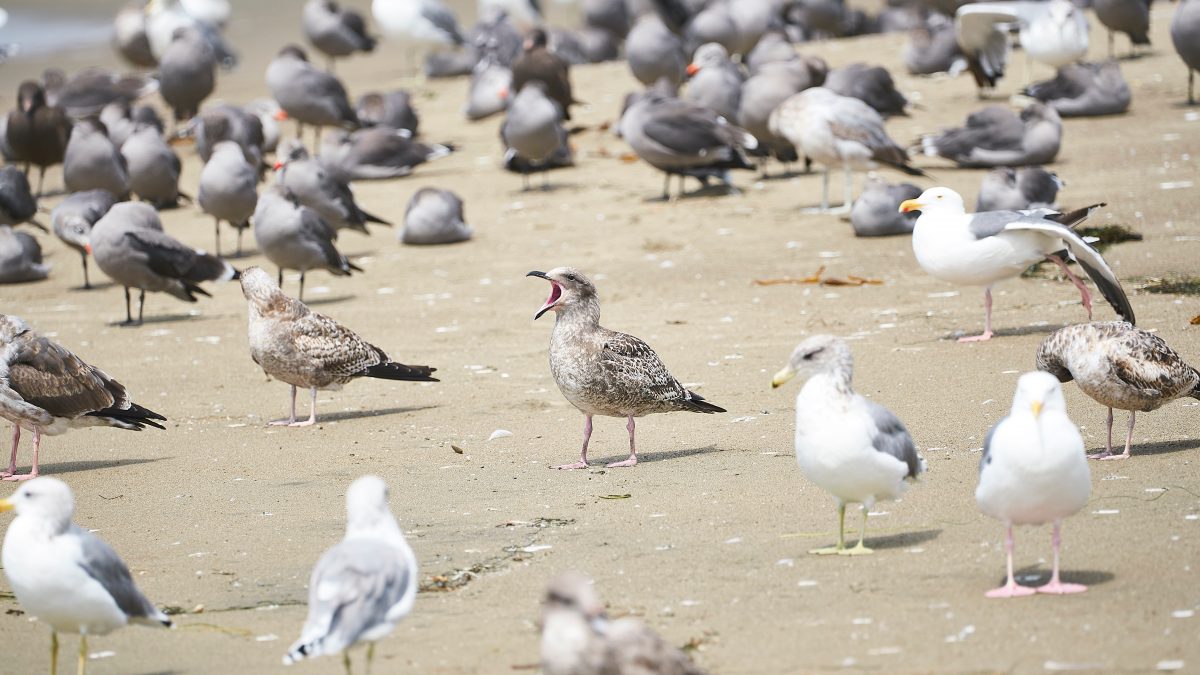 Gulls are a notable pest in the UK, most known for their loud calls, and stealing chips from unsuspecting passers-by in city or town streets. Though they are most commonly known as ‘seagulls’, there are many varieties in the UK, including the common gull, the black headed gull, and the herring gull. These birds are often found in urban areas, taking a particular liking to buildings with flat, extensive roof spaces, often found on office buildings, and mid-rise residential flats, which mirror the cliff tops upon which they nest in their natural habitat.

Gulls tend to be more aggressive during the breeding and nesting season, between March and September. This behaviour is protective in nature, and includes diving and swooping. Though gulls can be an irritant to inhabitants in residential areas, and staff on commercial sites, there is little that can be done in terms of physically removing the birds, their nests, or their eggs as a result of the Wildlife and Countryside act 1981. This means that installing preventative measures out with the breeding season is the best form of gull control. Exceptions apply in the case of gulls or nests posing a threat to human health and safety, and are commonly made when gulls use chimneys as supports for their heavy nests, leading to indoor gas build-ups.

If you believe your commercial or residential property has an issue with gulls, don’t hesitate. Book a free consultation with East Anglian Pest Control today.

Gull problems are often relatively easy to identify. Below are some common signs;

If any of these signs seem familiar, it is important to combat the issue as soon as possible in order to prevent gulls from settling down, or returning for nesting season. East Anglian pest control are specialists in gull control, and able to devise specialised solutions for a wide variety of properties and issues. Get in contact now to arrange a consultation.

Our BPCA and TEC certified technicians have years of experience in devising and employing effective gull control treatments.

East Anglia Pest Control will offer an initial consultation and inspection of the affected property, before proceeding with a solution tailored to your requirements. In the case of gulls, these solutions are often preventative in nature, as a result of the Wildlife and Countryside act 1981. Preventative solutions include the use of bird netting, or bird gel. If the birds, or their nest pose a threat to human health or safety, safe removal methods may be employed. All of these measures will adhere strictly to health and safety regulation.

A professional service is often the most effective way in which to deal with gull issues, and the sooner the issue is dealt with, the better. Don’t hesitate – get in contact with us today.